The robust returns of the postwar decades are history and alternative investments can’t make up the difference, so investors need to adjust to a new world of lower returns, according to Richard Marston, a finance professor at The Wharton School of the University of Pennsylvania. Marston was a principal speaker at Investments & Wealth Institute’s recent Investment Advisor Forum.

Spending plans for retirement and endowments up until recently have been based on returns attained in the five decades following World War 2, Marston said. On the basis of real returns averaging 2.5 percent for fixed-income investments and 7.1 percent for equities, retirees were advised that spending 4 percent of their principal annually would preserve their corpus.

Then, the investment environment seemed to change and in 2009, just after the financial crisis, Bill Gross, co-founder of PIMCO, said that the “new normal” was lower returns.

In fact, in industrialized countries, average nominal stock returns have been 6-7 percent lower in the last 20 years, down from returns that averaged 13 percent prior to 1997. Lower returns in the U.S. in the past 20 years can partly be explained by two “ugly” recessions – the dotcom recession, when the S&P 500 fell 43.7 percent and the financial crisis, when the S&P 500 declined 50.8 percent.

At the same time, growth has slowed in many major industrialized countries, most notably Japan, and in many European countries, as well as the U.S.

The aging populations of industrialized countries have played a role in their economies’ deceleration because economies need expanding workforces, Marston said. In Japan, 33 percent of the population is already over 65; in Germany and Italy, more than 20 percent of the population is; and in the U.S., the figure is about 13 percent. While growth in the U.S. is slower than in the postwar years, as it is elsewhere, it is stronger in the U.S. than elsewhere in part because of a higher birth rate and immigration, Marston said.

As a result, the likelihood that retirees’ and endowment’s principals will remain intact if they operate on the old spending rules has diminished and the likelihood of increasing principal has for the most part evaporated.

The 3 percent spending rule still works “on average,” Marston said. But, assuming 4.9 percent real equity returns and 1.5 percent real bond returns, there’s a 50 percent chance that a $100 million corpus will erode over time and a 10 percent chance it will fall to $44.8 million.

“A good proportion of foundations will blow themselves up,” said Marston.

Using alternative investments cannot make up the difference between the new lower returns for traditional investments and their past performance, Marston said.

The strong returns that hedge funds generated early on have declined as the funds have proliferated. While they were returning more than 18 percent in the 1990s, the median return is now 2 ½ percent, he said. Even though the best managers still produce attractive returns, few investors can get access to those managers. Private equity returns have also remained attractive, particularly among the best managers, but it is also very difficult to gain access to them. In addition, because private equity is so illiquid, few portfolios should have much more than 10 percent allotted to it. Because of this limitation, strong returns notwithstanding, private equity can’t have an impact on a portfolio large enough to make up for the diminished returns of traditional investments.

“Alternatives are not a game changer,” Marston said. “Once you sell off your business, you can’t double your wealth. You can maintain your wealth.”

This blog was taken from a panel at Investment Advisor Forum 2019. 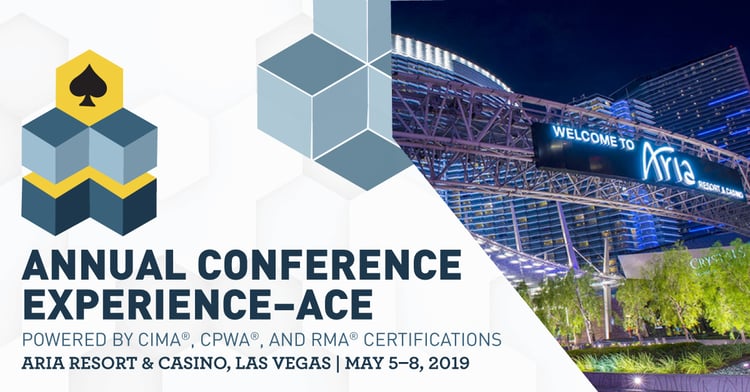